In 2018, it was announced that the game's servers would shut down on July 10, along with the ModNation Racers servers.[1]

Sackboy was out standing in The Gardens, when The Hoard showed up on their karts and started to hoard everything. The Narrator explains that all The Hoard wants to do is to keep everything, and to not create, play, or share with any of it. Suddenly, a member of The Hoard crashes his kart into the tree next to Sackboy, and falls to their death in a pit of flames, so Sackboy takes their old kart and chases after The Hoard with it.

LittleBigPlanet Karting is a racing game in which players race against a variety of human or computer controlled opponents across various tracks, with the goal to come in first place. Similar to other action kart-racing games, players can pick up weapons and items while racing that grant special abilities. Some of these powerups include homing projectiles, EMPs, grenades, and more.

The game features many of the traditional features associated with LittleBigPlanet. Various gadgets allow players to "bounce, grapple or grab" their way through race tracks. Players can play single-player or race against their friends in online multiplayer or local split-screen mode. The game also features race challenges.

The game was officially shutdown on the 2nd of July 2018. However, network data was successfully preserved for the game to facilitate the creation of a server emulator. And a complete backup of the player creation data on the server was also successful, however for now only a few levels are in a playable format.

Those few levels, and the network data can be found here: LittleBigArchive LBPK 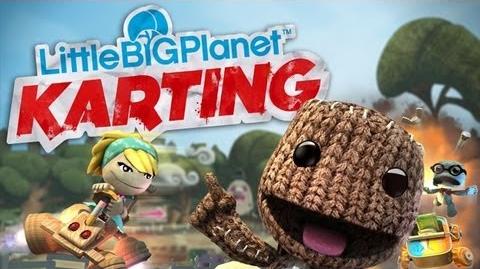 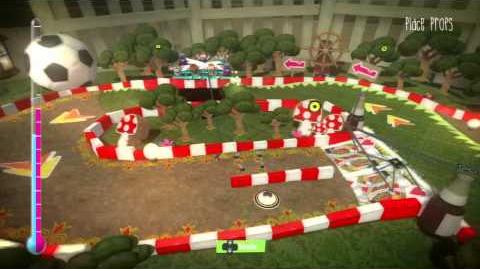 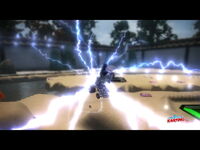 Battle of Kavu Island - Large area full of places to jump to and back, Storm sets her mind into the fight with the Fusion Wave surrounding her. 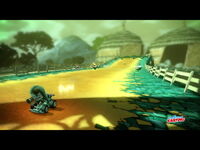 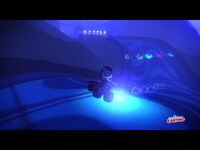 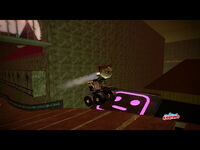 Diving through the air as a falcon of dexterity 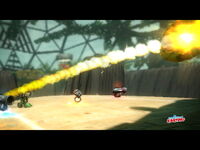 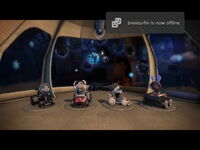 4 of a Kind - Friends in one group together 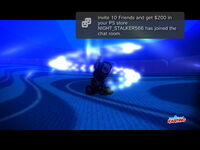 The race of mystic blue winds, Midnight Blizzard Rush, the course of night for the Icy Rift Star