LittleBigPlanet 2: Move Pack: Rise of the Cakeling is a Level Pack add-on that was originally released for LittleBigPlanet 2. It is designed to work with the PlayStation Move.

The story begins with Sackboy arriving in the Valley of the Sackbots, where he meets brand new characters such as Granny Applecore, Stephen the Beatnik, Garibald Mossrock and many more, and is introduced to the new game powerup, the Brain Crane. However, all fun and games end with a evil cake, leftover from Victoria's last problem. It merges with the new Brain Crane, and becomes the Cakeling, capturing Victoria along with Garibald Mossrock's son, Monty. Soon, Monty and Steakhouse form a posse to fight off the Cakeling, however the Cakeling captures the entire posse, leaving Sackthing to finish him off. Fortunately, Sackboy prevails and defeats the Cakeling, cooking it, and the Sackbots, along with Victoria eat the Cakeling, and drift off to dreamland.

Learn the ins and outs, the backwards and forwards of how to control LittleBigPlanet™2 using your brand new motion controller!

Welcome To The Valley Of The Sackbots

Welcome to the Sackbots’ village! Find your way around, meet the locals and get to grips with the powerful brain crane power-up.

The safety of the village left behind, it’s time to venture out into the shadows and find your way to The House That Science Built. Good luck, brave traveller!

All is not lost, even though you might be! Work your way through this subterranean maze and find a way into the house – and The Cakeling!

The House That Science Built

The Cakeling has enchanted this decrepit mansion – can you find your way through in time to rescue your Sackbot chums?

He’s not down and he’s certainly not out – The era of the Cakeling is nigh! Or… is it?

Once more unto the Secret Lab dear friends, once more! The whole world knows where it is by now – the Cakeling’s days are numbered!

It’s time to head back to the Sackbot village, put your feet up and enjoy a nice cup of tea… and a slice of freshly baked cake.

Carefully tilt the machine using your motion controller to guide Steakhouse’s meal pill through the machine’s mechanisms. This is a one player game but you can unlock an advanced path with the sticker sensor at the start.

This game uses the tilt and twist controls of the motion controller to move the food pill. Angled game cameras give the illusion of the whole level tilting and the level has the new maximum required players tweak set to 1.

Pop as many blocks as you can with the cursor and trigger button before the timer runs down! Look out for special blast blocks and avoid the deadly stun blocks.

This game uses the movinator cursor as a targeting device – A tag in the cursor activates destroyers on the blocks to pop them. The multiplier tweak on the score giver awards points multipliers when lots of blocks are popped quickly.

Collect chains of daisies for score multipliers. Watch out for the ravenous piranhas and The Beavers Of Insanity! Survive as long as you can, you only have one life!

This game uses a movinator cursor that emits a tag when the trigger is pressed. A follower on your Pond Skater moves it to the tag’s position, and the beavers’ movements were recorded by hand using the motion recorderand set to a looping animation.

Learn how best to defend Garibald Mossrock’s Summerhouse from the hordes of evil dark water baddies! Go from wide-eyed novice to battle-hardened veteran in a matter of minutes!

This game uses the movinator cursor to grab and place the light nodes.

Defend Garibald Mossrock’s Summerhouse from the dark water baddies! Strategically place light nodes to create networks of light beam barriers to block them, but make sure you open paths for Sackbots returning home.

The attack patterns of the baddies are all timed using the sequencer. They follow tags on their path to Mossrock’s Summerhouse. The Sackbots are all not real! They’re made from wood, holographic material and decorations.

The Tail Of Claude The Field Mouse

Use your cursor to guide this hapless wooden ball through a series of puzzles, each more cunning and fiendish than the last. Look out for a sticker switch for an extra challenge!

This level uses the movinator cursor as a grabber to move and rotate objects. The cursor has been customised visually using a hand sticker (painted using the paint tool), and alternates between cursors when is pulled to give the effect of an animated grab.

These poor Sackbots have been trapped by the evil Cakeling! Guide them to safety using the Movinator cursor in a series of challenges, from easy, through to difficult, ending on mind-meltingly unpossible!

This level uses the movinator cursor as a grabber and poker to make a safe path for the Sackbots to return to safety. The cursor has a tag inside it that activates when is pulled – This in turn is detected to spin signs and make blocks move in and out.

Battle your enemies – or better yet, your friends – in this hectic free-for-all versus game of explosive thrills!

This level uses the brain crane power-up and the versus game mode. It also uses the new trigger automatically tweak on the bounce pad so that players are only bounced when they press jump. This gives them more control while handling the bombs. 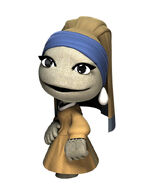 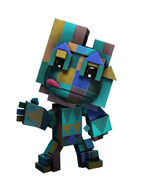 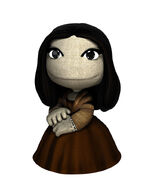 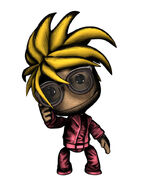 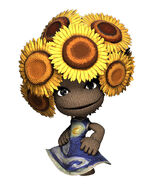 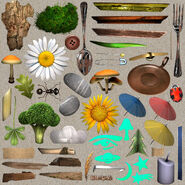 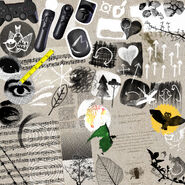